I Live in Georgia: Week 1

Ha! Georgia! No I have not moved, I still live in Iowa, but I only spent about 24 hours in the state this past week.
The week started off well with church and then a great 27 mile run at 6:40 pace! Followed by flying to Atlanta in the afternoon. In the airport I ran into B, one of my former UD runners! She works for Delta in Atlanta while finishing her second degree at UD. It was so awesome to reconnect with her on the flight down! I even dropped her off so that she didn't have to take public transportation.
Monday morning started off working in Atlanta. I can't really say much about work without divulging potentially damaging information, but I enjoyed my week working in Georiga.
Just a couple miles from our hotel was Sweetwater Creek State Park, which features at least nine miles of single track trails. 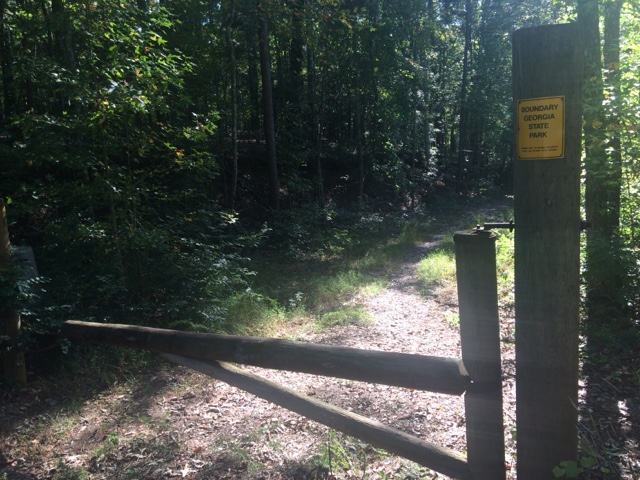 I was able to do all of my runs for the week nearly as scheduled, which is unusual for traveling for work. I did dodge one snake and jump another. Fortunately no run ins with an alligator.
I was originally scheduled to return to Dubuque Wednesday afternoon, but the trip was extended first to Friday, then to Saturday. I made a trip down to Milledgeville, GA, a college town which may be the alma mater of Frank Underwood. Hard to see, but they were having an outdoor meal or banquet, in October! 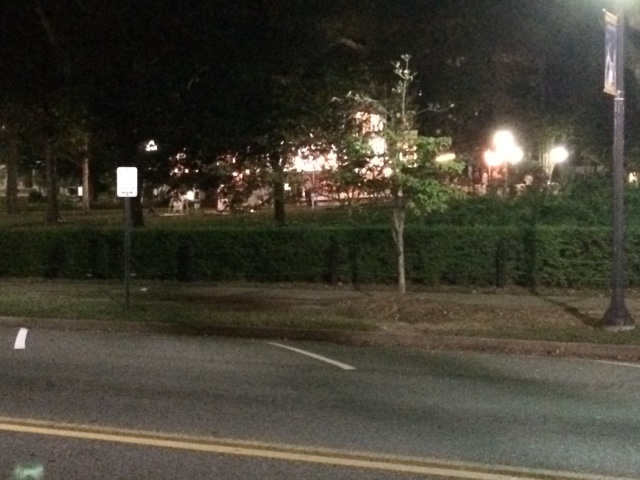 My run Friday afternoon was a workout and when I finished it was 86F and I was exhausted! So I took a swim in the local river, and it was amazing! Is this my life?! I ate at The Brick in Milledgeville, which is mildly famous for an incident with Ben Roethlisberger a few years ago. I wouldn't mention it, except I sat at the bar and talking to the people on either side of me mentioned it. Also, Milledgeville is famous for being the capital of the Confederacy while Atlanta was being shelled by the union, apparently there is a museum. Yes, I would return, it's an interesting place.
60 miles for the week, I put down 50 hours of work, but that doesn't include travel time, like waking up at 4 AM Friday.  It's so funny, I don't feel like my life is that interesting, then I have a week like this, and most people don't have jobs like this.
Posted by Isaiah at 9:53 PM