The Successful Innovative Company of the week is: Recreational Equipment Inc. (REI). 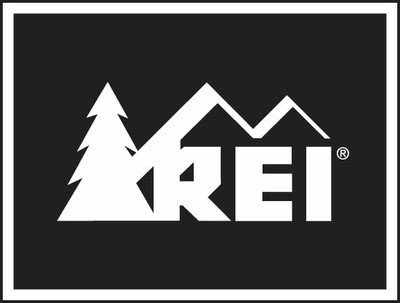 What they do right: they facilitate people to get out more. In middle school I started to take the outdoors more seriously and started thinking about camping more than 30 feet away from someone over 40 or a car. I do not remember if it was my dad who introduced me to REI or if I stumbled upon them on the internet. I do remember vividly the first time I went into one of the stores. I was 14 and our family was on vacation in California and we showed up ten minutes before it opened so we waited in the car. This was in middle to southern California. I remember pulling on the wooden handled ice axe door handles and thinking that this was really hardcore. I felt like a mountaineer just opening the door! As we looked around inside I remember seeing the huge assortment of climbing gear and marveling at how many different things there were. That was the first time I had ever seen a cam in real life. Now I own 15. They had tents and sleeping bags even warm down to -40F(C)!
When we walked out of there my life was changed. While it would be years before I would start buying rock climbing and ice climbing equipment, the seed had been planted. Maybe it's an engineering thing. I find it so interesting how to put a piece of metal into a slot in the rock so that if you fall it will hold you. Similarly I'm interested in the heat transfer involved in hiking up a mountain when the windchill is far below freezing.
REI succeeds where others fail because they span the entire range of outdoor committed enthusiasts. Walk into an REI and you can easily buy a $400-600 rain jacket, one of the most expensive on the market. You can also buy a $39 polyurethane rain jacket. It is the same with tents. You can spend $800 on a tent that could probably be used on Mars or $100 on a tent that is still way better than the one I slept in at 12,700 feet in Colorado on one trip. It is important to have a range of items because as consumers grow and their interests changes there is a real possibility that at some point years later the same person that bought a $39 rain jacket will be back for a $400 one.
My advisor old me that people are most disposed to pick medium if given three or five options. I think it is the same with prices. They don't want the cheapest but don't need the most expensive. Sounds like good marketing to me.
Also, several times a year REI stores have the garage sale. They sell the returned items that other people didn't want. Much of the merchandise is broken or in need of serious repair but there are very good deals if you are willing to look. My best finds were two pairs of rock climbing shoes for a total of $25 which is far better than the $220 they would have originally cost.
They also have this great program called the member dividend. It works by paying $20 when you sign up and as long as you buy $10 or more each year you get a percentage of all that you bought back to spend again. The reason it is so easy to keep buying year after year is that if you spend $100 and get the 10% back the next year you just have to buy something to use those $10. They also have a credit card where you earn even bigger dividends on REI purchases and small dividends on all purchases. I can not suggest getting a credit card as it encourages you to spend more money than you have but if you must have one this is a good one to have.
What they could improve: this is just my opinion and I am a special case but not many people at REI can help me any more. I know more about the gear and clothing they sell than they do. It can be frustrating to ask a question and get a totally bogus response.
Another things I think would be great is having sponsored athletes. I know they are a retailer as well as a manufacturer but they make a lot of good stuff and giving free gear and travel money to a few talented outdoors athletes would help promote their name among the dedicated outdoors professionals. What I mean is that I do not remember seeing the REI logo in Pakistan this summer but The North Face, Scarpa, and Mountain Hardware logos were everywhere, especially on their sponsored athletes.
Also, and again this is just my opinion, I would like to see REI delve into the niche aspects of outdoor recreation. Which is to say selling or producing cold weather gear, ultralight gear, and more running apparel. I think they have done very well with their product line as it is but they could expand into other segments of the market.
Posted by Isaiah at 8:25 AM